I'm sure every town has one.

There is always a story behind every one.

Personal items are often left behind. This gives a sense of timelessness to the home where many memories are stored.

I often wonder who lived there. Perhaps it was a home filled with many children where the lawn was once taken care of.

A few years ago I photographed a wedding near Blind River. It was a long drive but very picturesque.

I stopped to take photographs several times. I saw an abandoned house along the way. 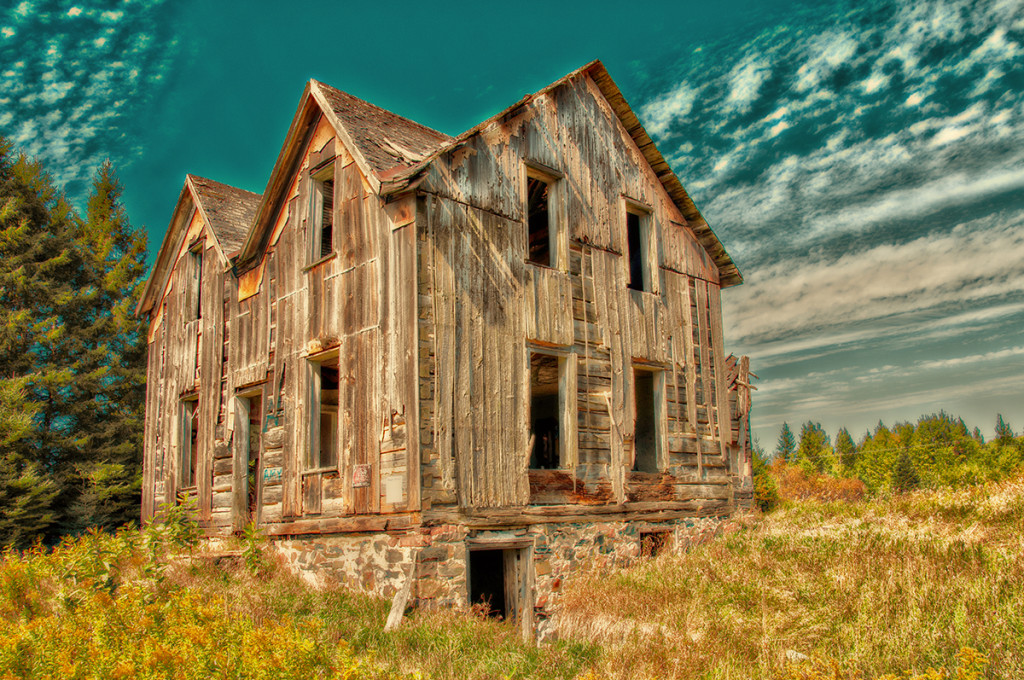 I pulled over and walked around the building. I briefly went inside and took some photographs. 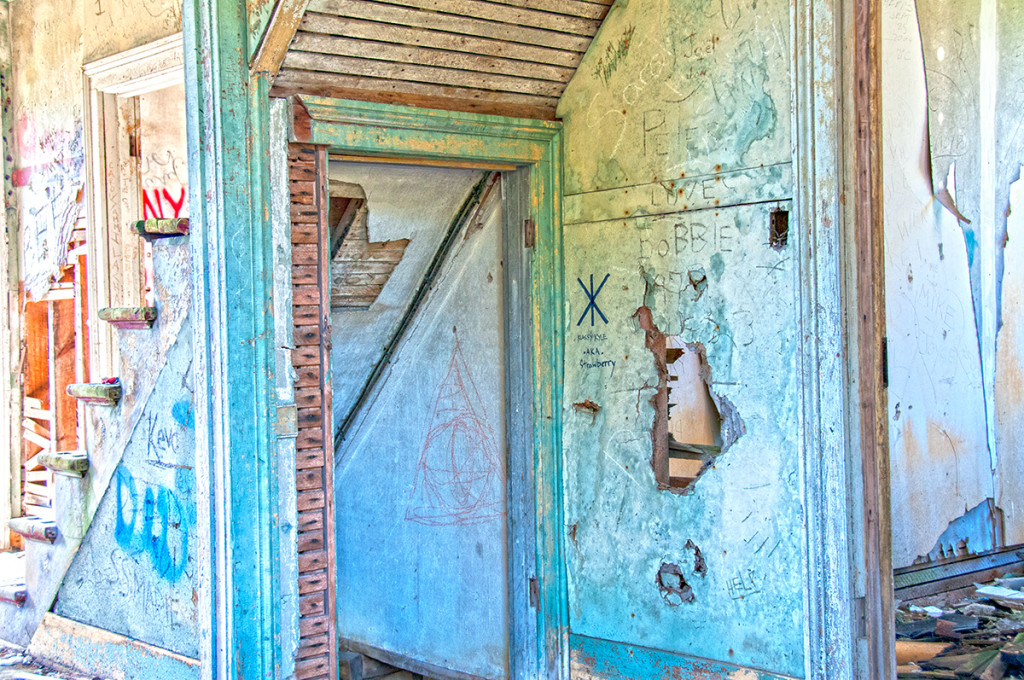 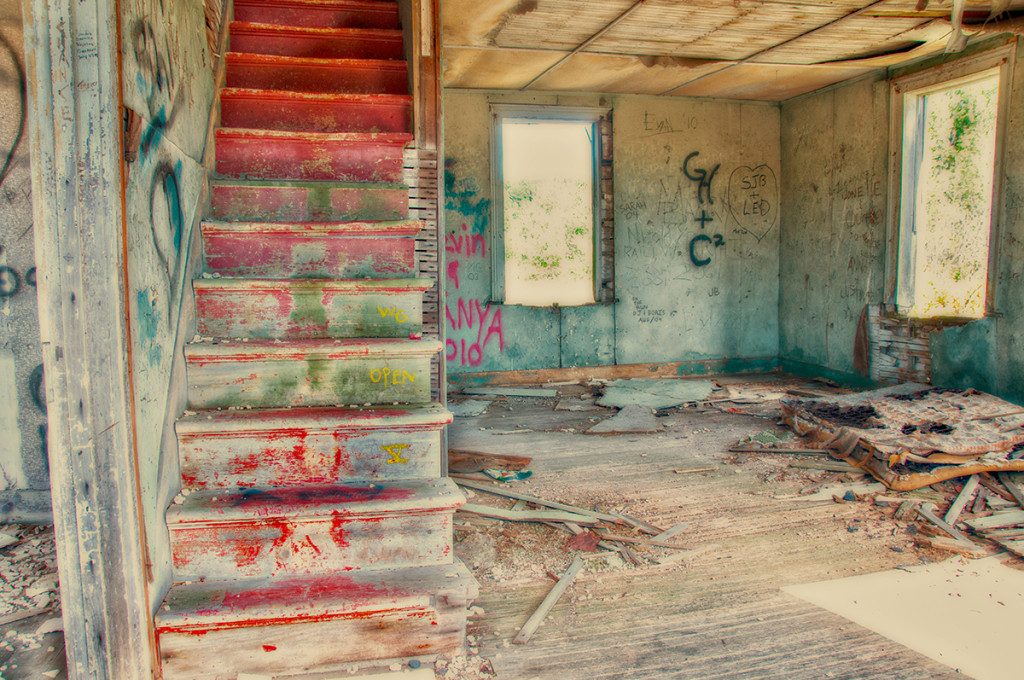 The sign attached to the front of the house read 'Daigle House'.

The house located 5 km from Iron Bridge was built around 1870 by Alexander Daigle who immigrated from France. He was one of the first settlers in the area.

I found out that in February 2014 the house burned down and is no longer standing.

Another really cool one I found was on Long Lake Road in Sudbury. 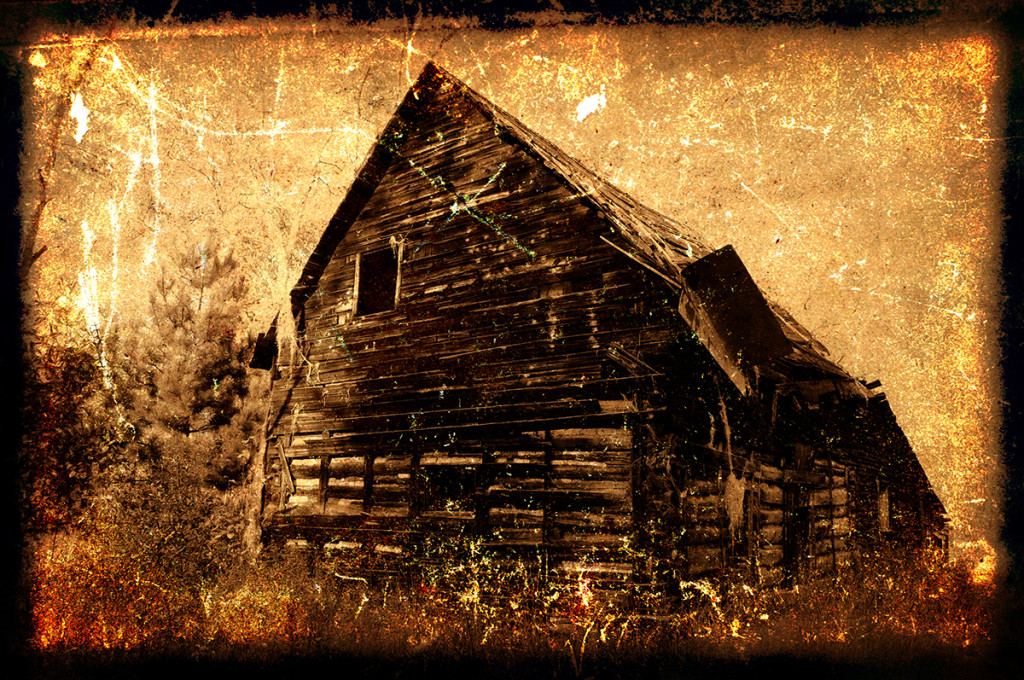 At the time I was looking for an abandoned home to take some artistic photos of a young girl.

When I heard about this one I got really excited. It was a little hard to spot because it was hidden down a long driveway and lots of tall grass and trees.

The outside was made out of dark wood. It was in pretty rough shape, especially the inside.

We couldn't go too far in because the floor was all caved in. 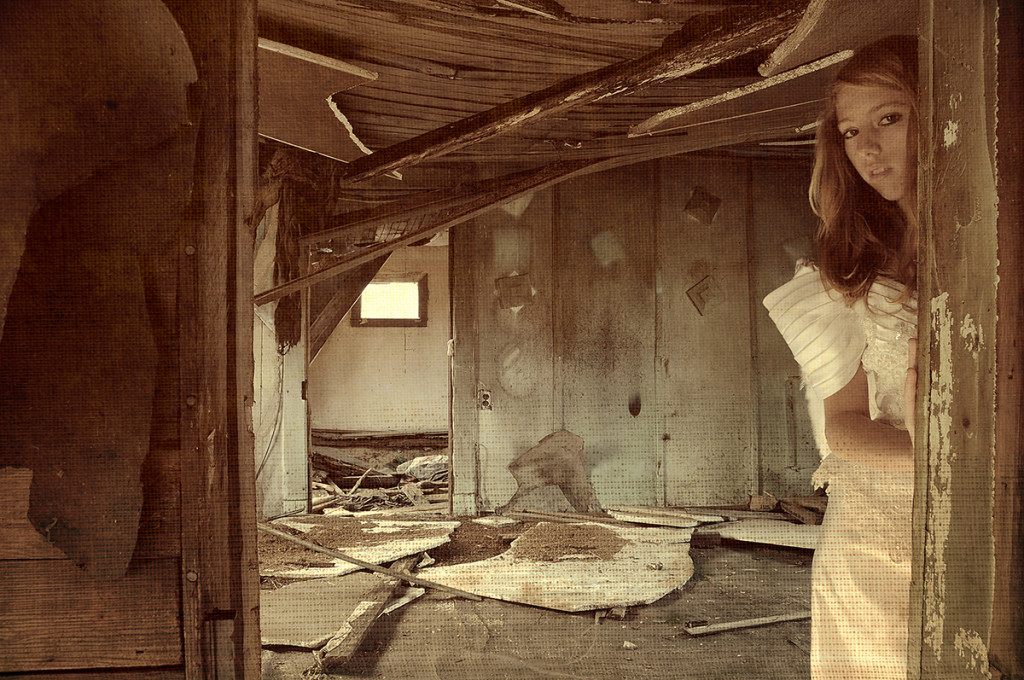 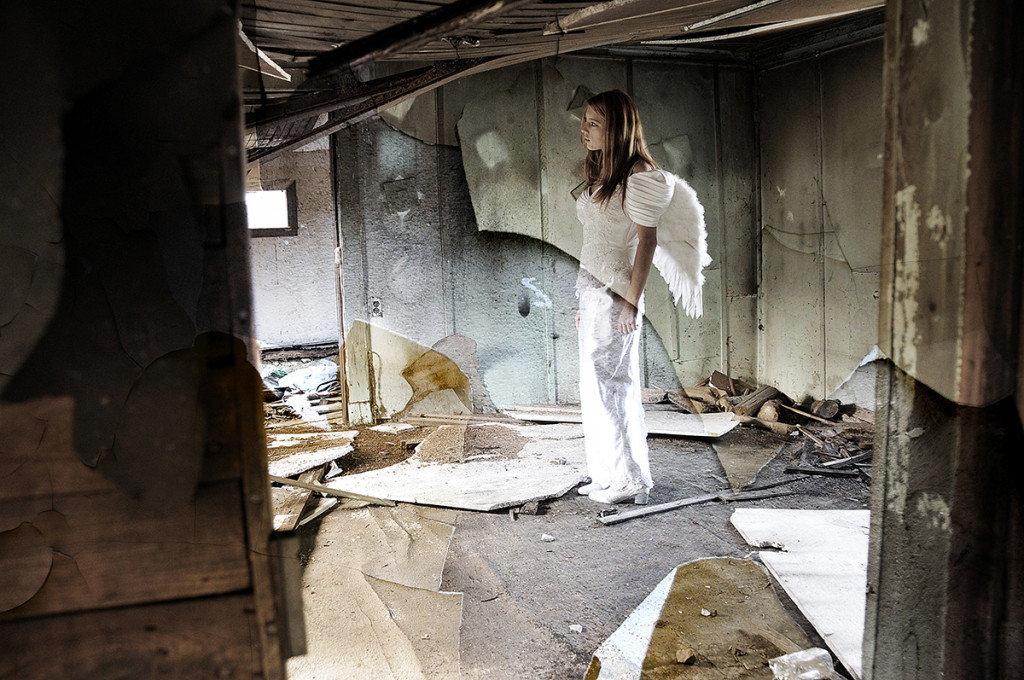 Another time my friend Heather was dressed up as The Exorcist for Halloween one year. She got ready for her party a little early so we could take some photos here. She won first prize at her party. 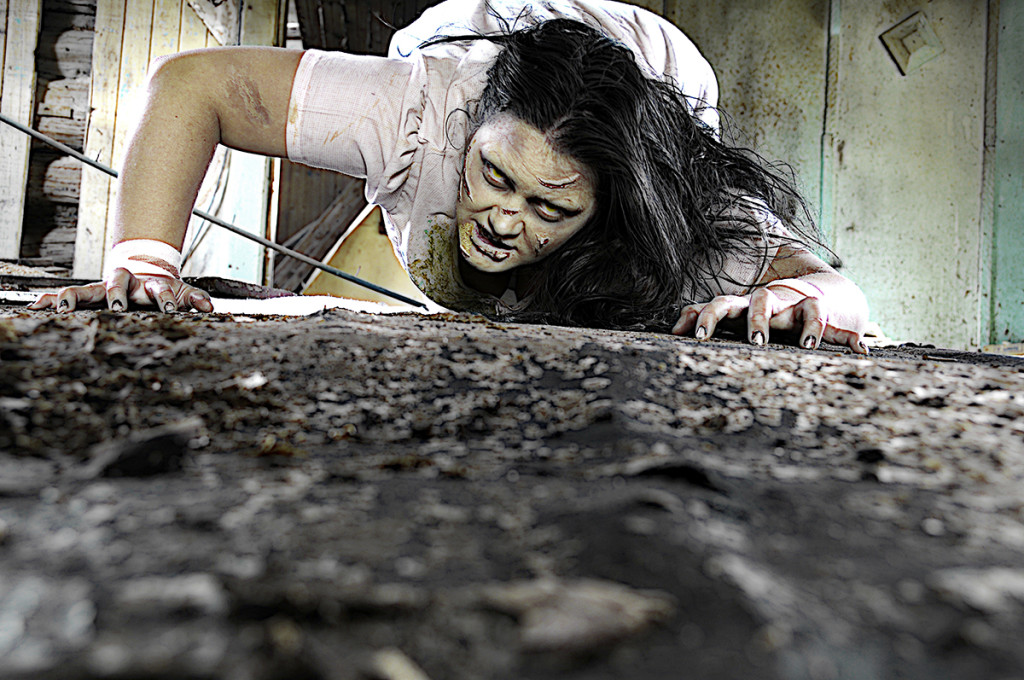 As you can see, she was quite the character.

The last time I drove by, I noticed the house had caved in.