I drove out to Lively recently to visit my friend Annie

I haven't seen her for a while so she took me out to lunch.

It was a beautiful day so she thought it would be nice to go for a walk.

It didn't take long for us to get there.

I have photographed a few weddings here. It's a beautiful spot to get married.

If weather permits, the bride and groom exchange their vows outside. 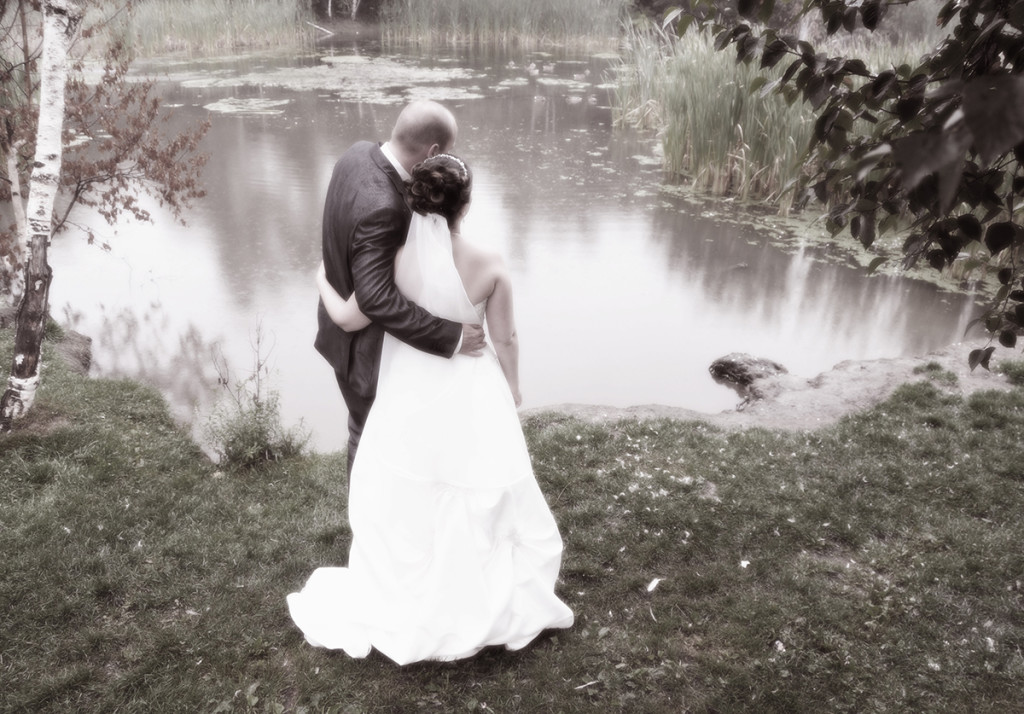 There are lots of amazing photo opportunities here.

The flower beds are always an assortment of colours.

We started walking along a one of the paths. She said it was a newer trail and she had never been on it before.

Here is my friend Annie walking a few feet ahead of me. 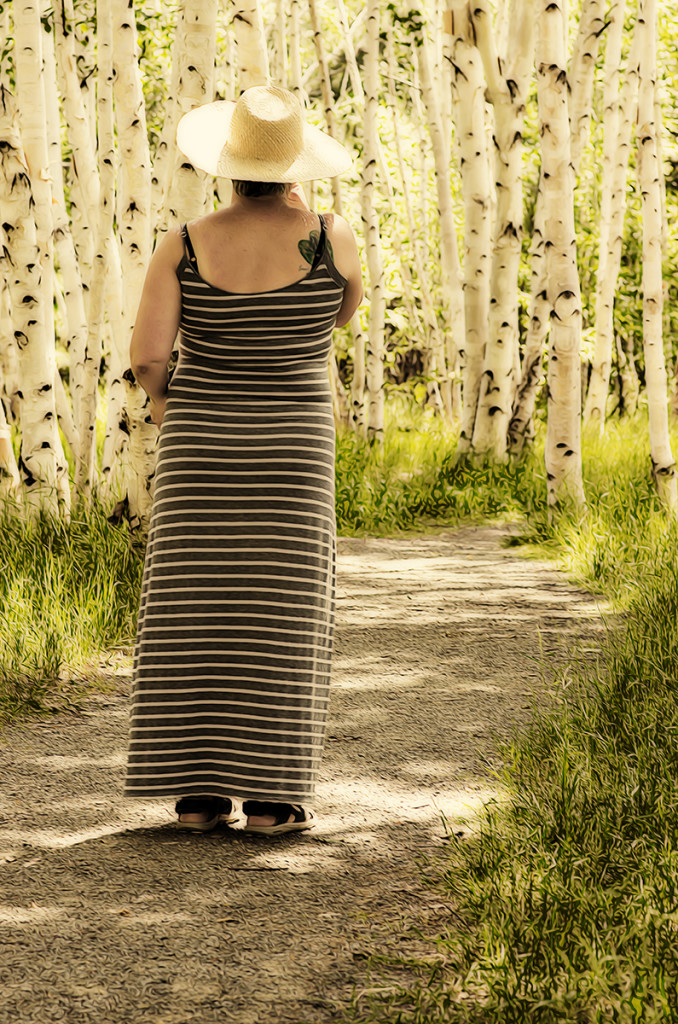 I used a painted effect in photoshop to give it an art look.

I would consider this one of Sudbury's little secrets.

So off we went. It was a hot and muggy day. I always make sure I have a bottle of water with me. 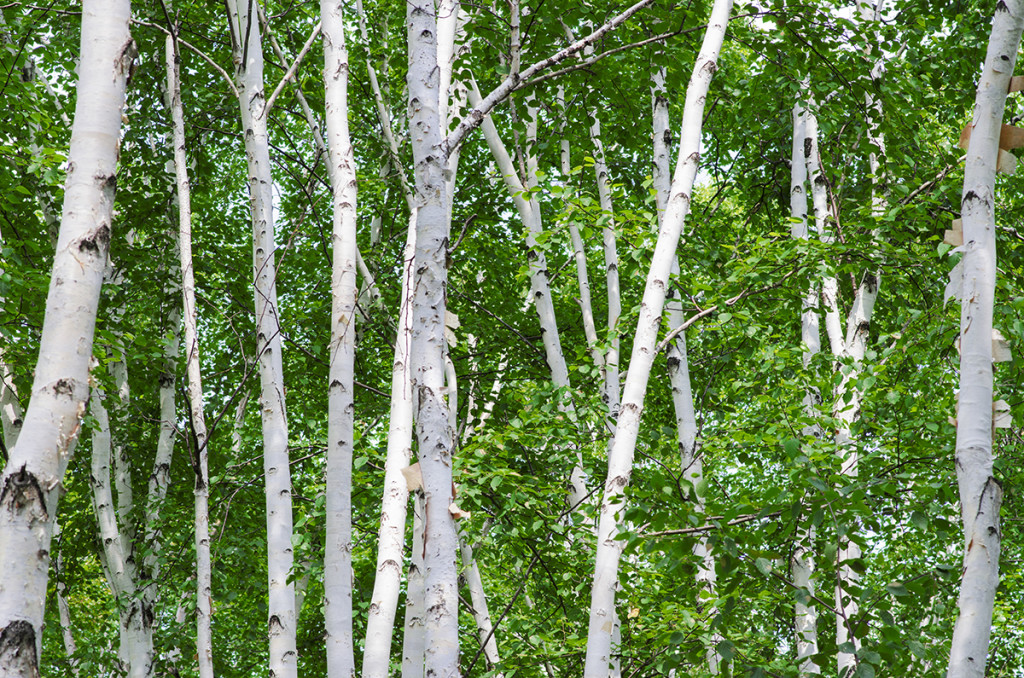 The mosquitoes were out in full force. 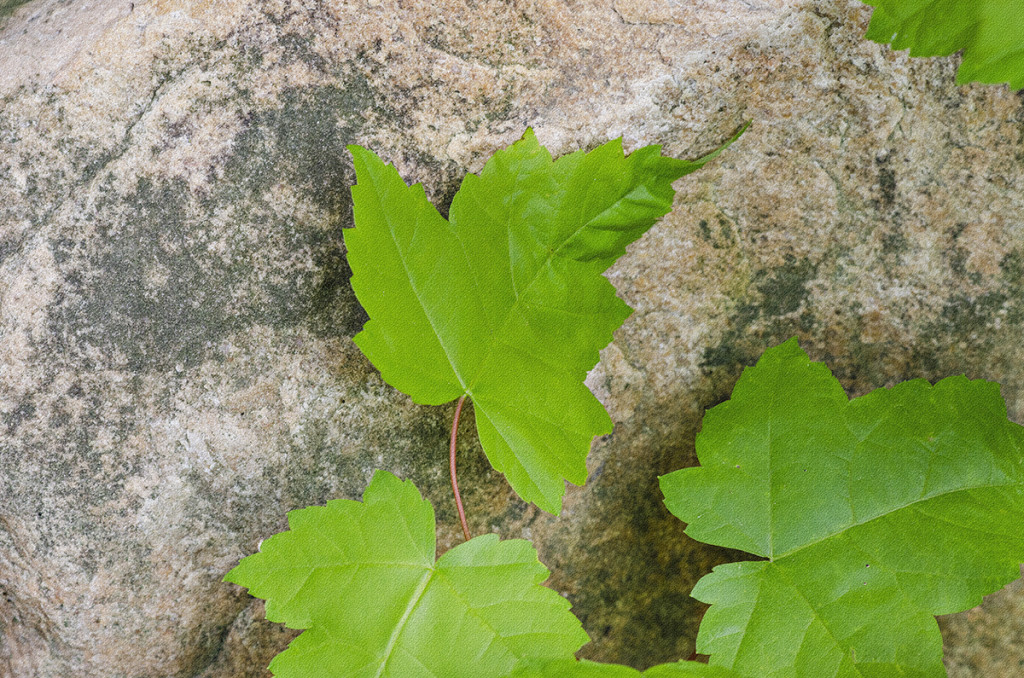 We both admired the trees, plants and wild flowers along the way. 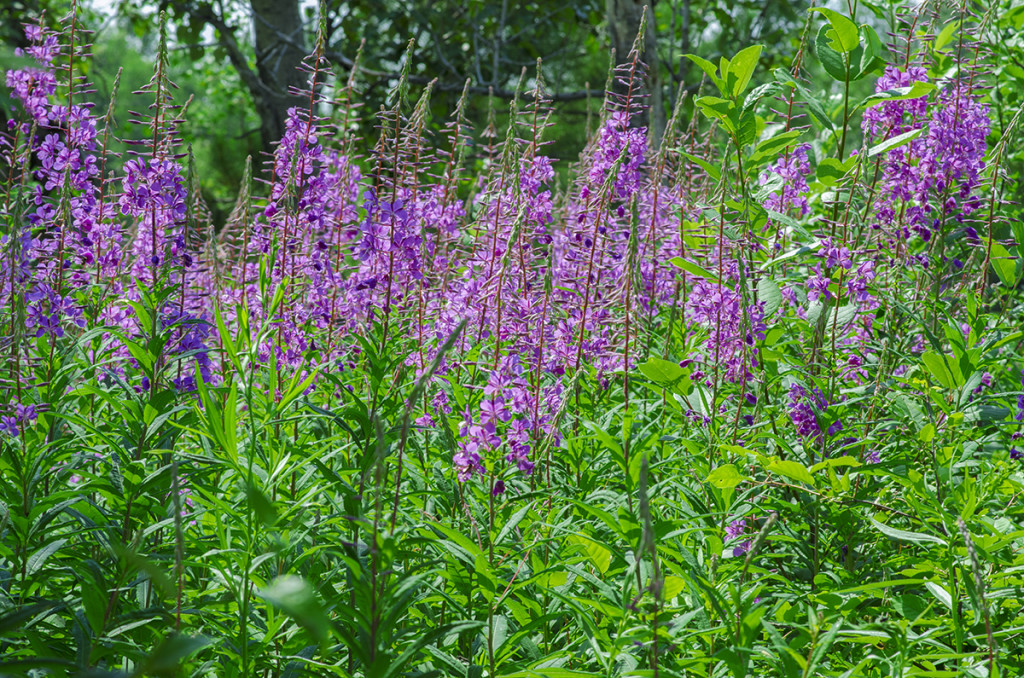 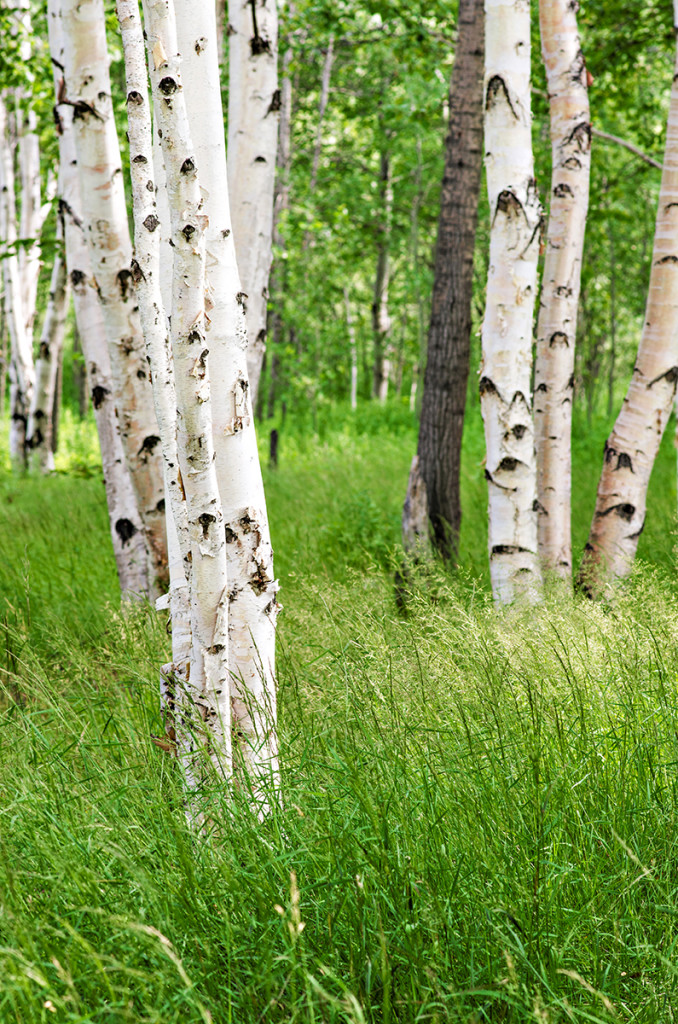 There was a beautiful lake along the path. 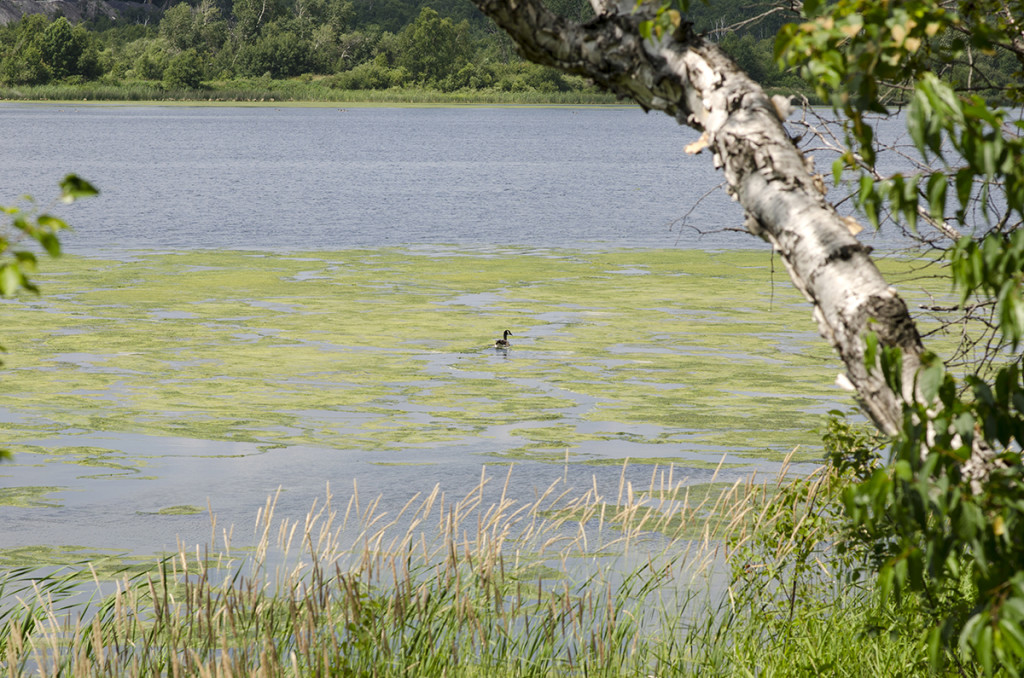 Both of us rested on a rock. It was an interesting scenic view.

I walked around with my camera and took a few shots of my surroundings.

The combination of the green algae and the blue water made an interesting contrast of colours. 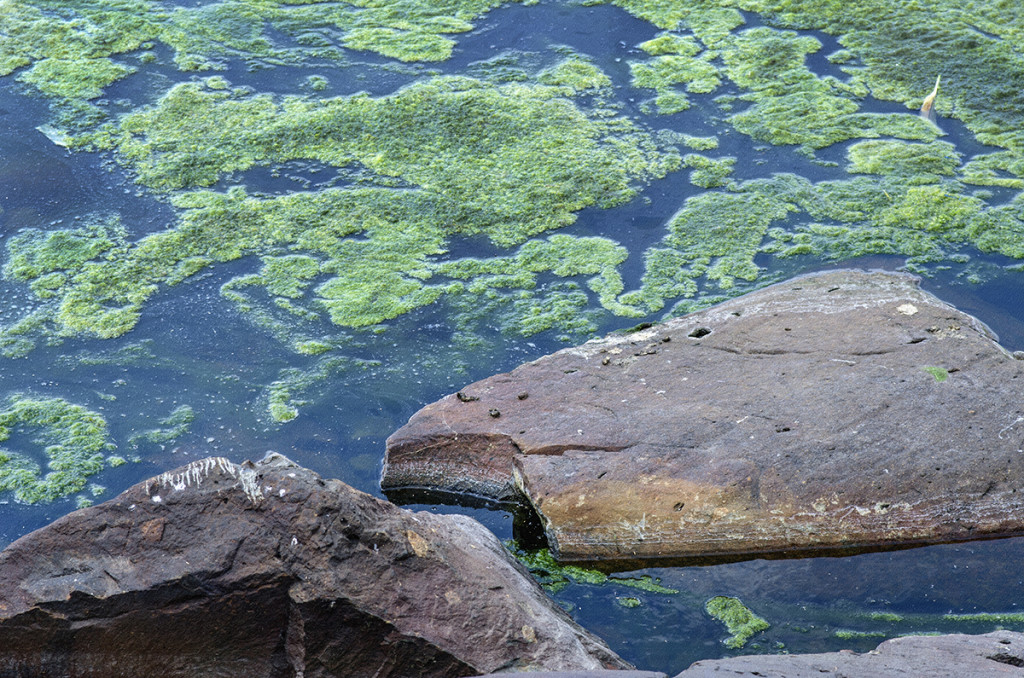 The ducks were relaxing along the edge of the water and some were just swimming along. 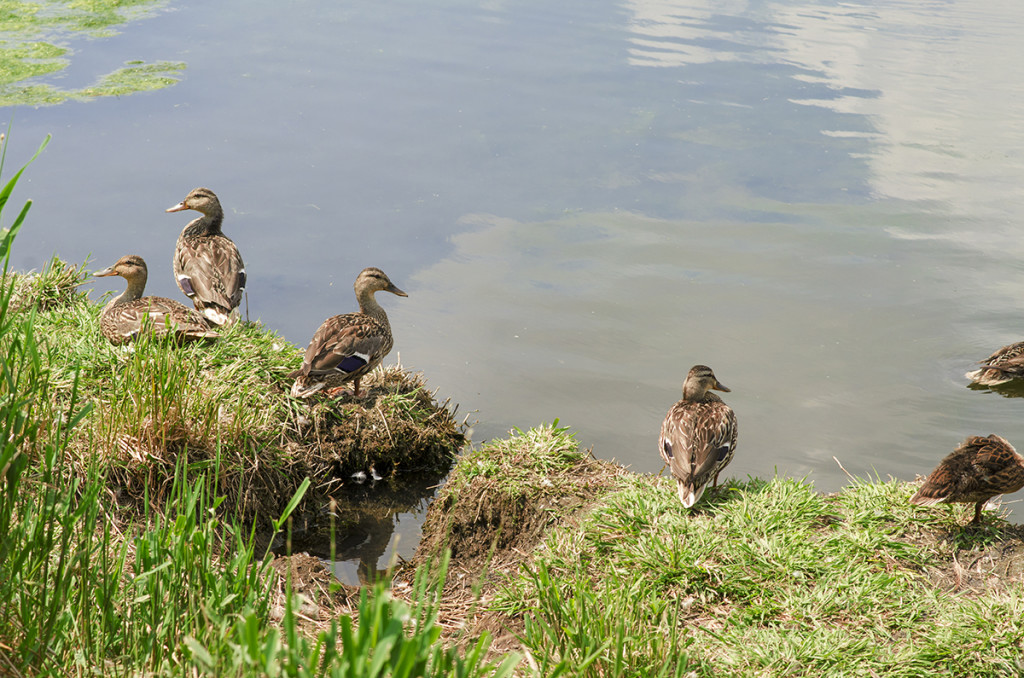 We stayed and watched them for a while. They seemed to be enjoying themselves. 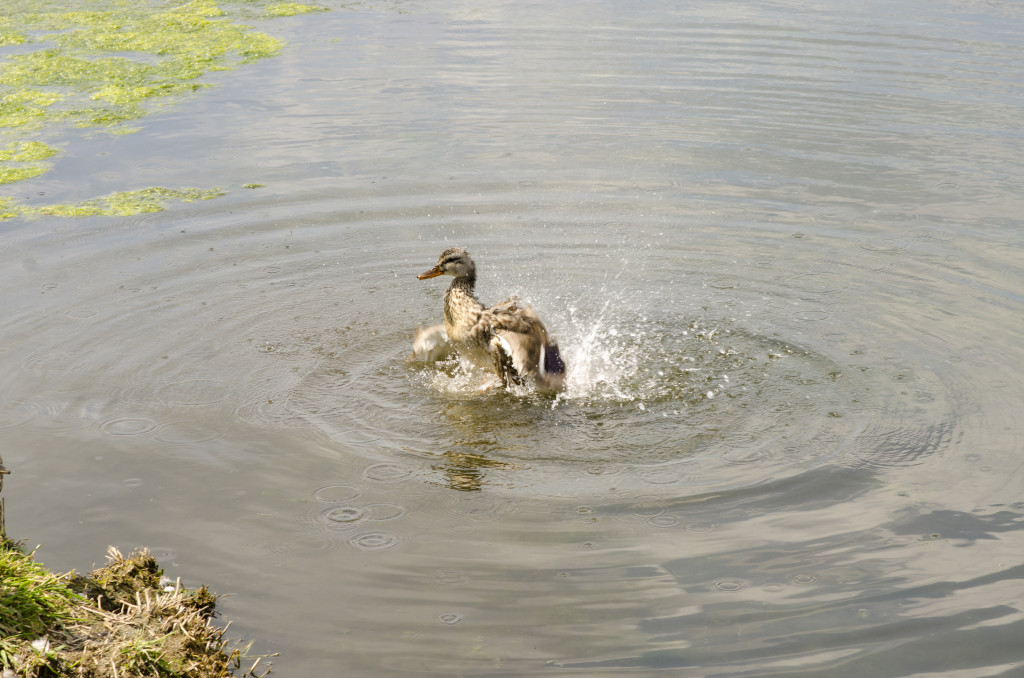 We headed back after that.

It was a great way to spend the afternoon.

This is only one of many trails here in Sudbury.

I wonder which one I will check out next.