A Story Behind Every Photo

I always tell people there is story behind every one of my photos.

This is my friend Kim who has had several photo sessions with me. She is quite the character.

Kim has a room full of costumes and antiques and loves having me take her photograph. 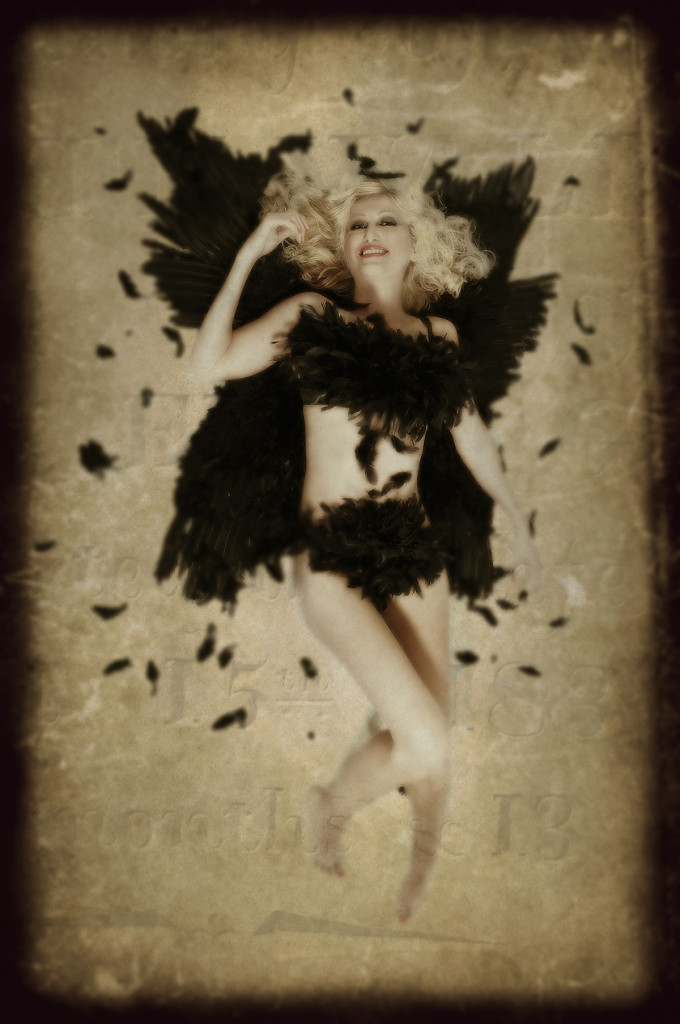 In this particular photo we tried to duplicate a photo she saw. We didn't know where we could find large sized wings anywhere in town.

It was around Halloween so I suggested she check out Value Village.

There was nothing in the size we were looking for so ended up cutting up several wings to make one set of large ones. This took several trips back and forth to the store to purchase more wings.

Needless to say, she spent far more money on them than she wanted to.

She told me how big of a mess it made as she was cutting and gluing everything together.

She had a bra and underwear set made with feathers. This completed the outfit.

We used a white fabric for the backdrop and the rest was added in photoshop.

In another session, she wore a medieval dress she purchased locally.

Originally we planned on taking the photos at a spot I found with perfectly lined trees and lots of shade.

When we arrived we noticed that the spot had been fenced off.

She mentioned a friend who had a horse farm nearby who had property and lots of trees.

When we arrived, he was home. He said we were welcome to take photos there. He also said his horses were friendly and we can go into the pen.

The horses began to follow us as soon as we walked inside the fenced in area.

One was continually trying to knock over my tripod.

I started to realize that this was not going to work. Before I had a chance to tell Kim that we should leave, I managed to take a couple of photos of her with one of the horses on the hill. 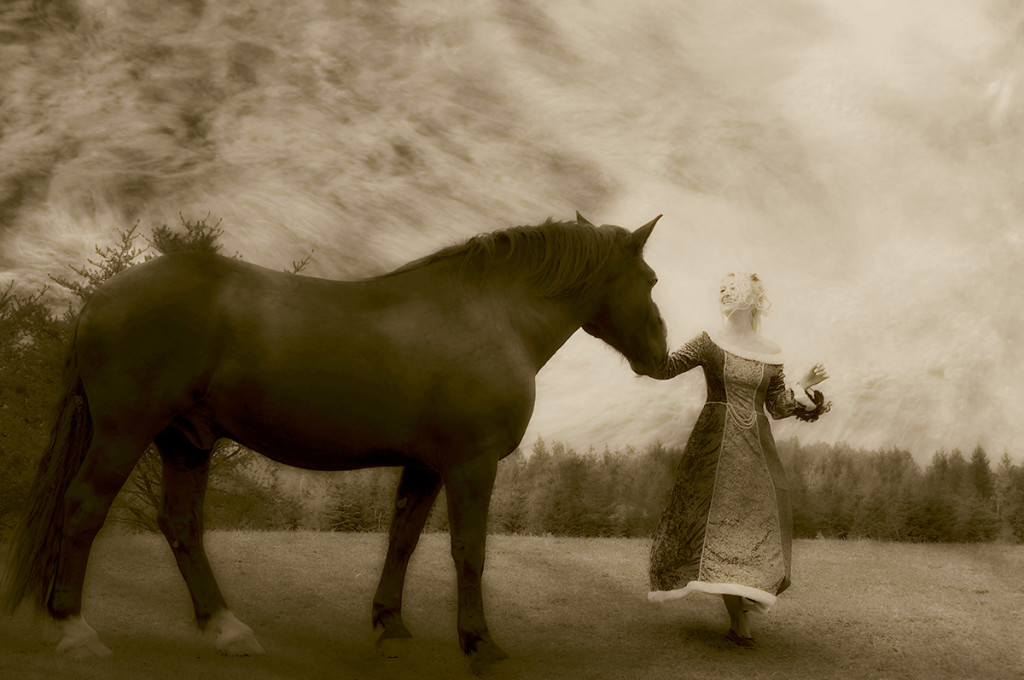 As we walked towards the gate to leave, the horses were nudging us into the side of the fence. I held out my tripod so they couldn't nudge any further than that.

Needless to say our hearts were racing and we had a good laugh about it.

We managed to continue our photo session at Langdon Park in Blezard Valley. 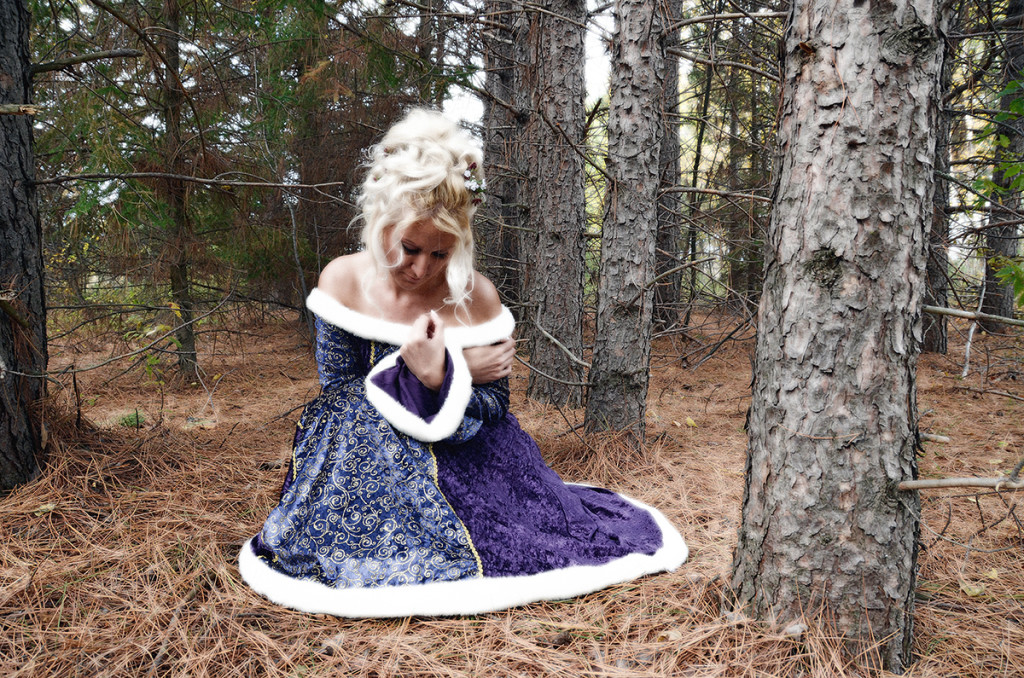 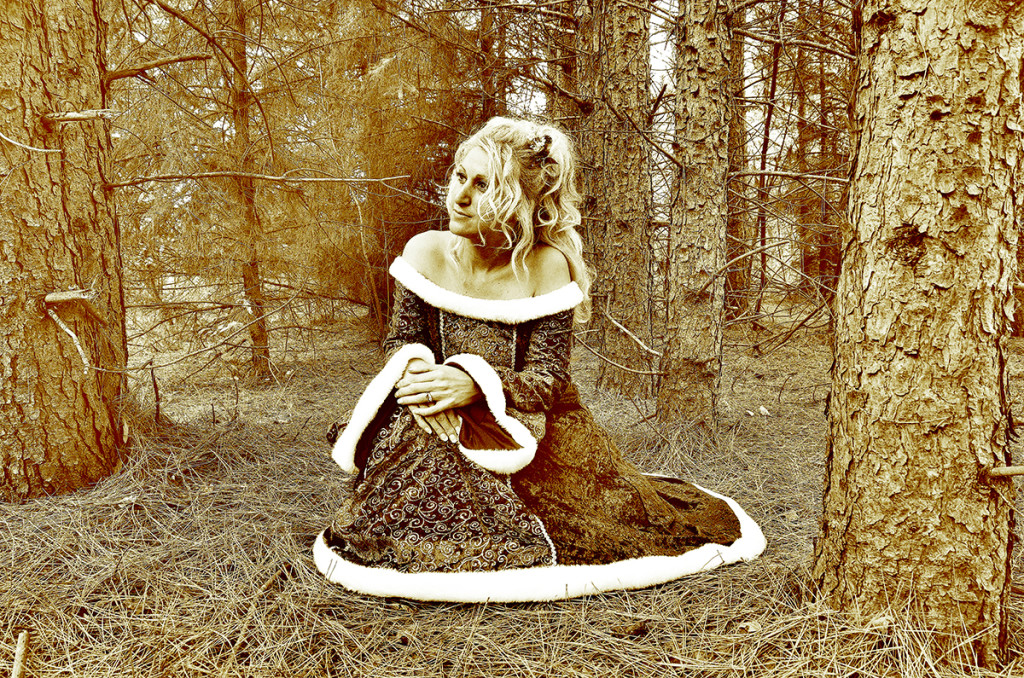